1. What Will the Impact of Electric Commercial Vehicles Be on the Utility Industry?

As demand among consumers for EVs builds, fleet electrification is happening now and more initiatives are being announced all the time. Driven by policy, business factors and environmental concerns, the impact of electrification of commercial vehicles on the grid will need to be understood and addressed.Utilities will need to work with fleet owners and regulators to move forward.

T&D World, in partnership with sister brand Fleet Maintenance, is creating a commercial EV business intelligence report, and we are looking for feedback from electric utilities on how commercial fleet managers for companies can connect with you, and vice versa. What is the road to progress for meaningful commercial electric vehicle fleet deployment? What are the speed bumps and barriers?

While presenting the Union Budget for the financial year 2015-16, the then finance minister (the late Arun Jaitley) recognized the fact that, despite producing some of the brightest financial minds, India struggled to exploit this talent to its advantage. Logically, it followed that the country would not be able to compete with other jurisdictions, such as Singapore or Dubai, which had set up international finance centres. Accordingly, he proposed establishing an International Financial Services Center (IFSC) in Gujarat—the Gujarat International Finance Tec-city (popularly known as “GIFT-City”).

The vision then was to invite banks, capital market participants and insurance players to set up operations there. The IFSC would be established under the Special Economic Zones Act, 2005, which regulates free trade zones and their special tax and legal privileges.

India’s first 100 per cent women-owned industrial park began operations in Hyderabad. Promoted by the FICCI Ladies Organisation (FLO) in partnership with the State government, the park has 25 units, representing 16 diverse green category industries, all owned and operated by women.

The FLO industrial park, the first-of-its-kind park in the country, was established over 50 acres in Sultanpur near Patancheru with an investment of Rs 250 crore. The park has already garnered tremendous interest from women entrepreneurs to run and operate their businesses. Inaugurating the park on Tuesday, IT & Industries Minister KT Rama Rao urged the entrepreneurs to think big and start thinking about emerging technologies. He also asked them to focus on aerospace, defence, food processing and to forge global partnership.

Since the publication of the GCT policy in December of 2021, this is the FIRST such GCT to be commissioned in Indian Railways.

The Maithan Power Project began construction in 2009, and power generation began in 2011. Until now, coal was delivered to the power plant through a road, which is scheduled to be converted into 120 inward coal rakes every month. Also 02 to 04 outward rakes of Fly Ash are projected to be handled from the siding.

p>State-owned power producer NTPC has invited bids for a site survey exploring solar potential at its Tanda Thermal Power Station located in the Ambedkar Nagar district of the Indian state of Uttar Pradesh.

The selected agency shall provide the feasibility study and consultancy services for canal-top solar at the cooling water discharge channel, elevated-module-mounting solar at Link Road-River Bank Road, and floating solar at Makeup Pump House Reservoir 1 and 2, situated at NTPC Tanda.

India’s first woman merchant navy captain Captain Radhika Menon lauded Prime Minister Narendra Modi on Monday saying whenever she travelled to China, Pakistan or in any other country, she received the feedback that India has a very strong leader.

On the eve of International Women’s Day, Prime Minister Narendra Modi held an interactive session with the Nari Shakti Puraskar awardees for the years 2020 and 2021, at Lok Kalyan Marg on Monday.

7. AYUSH ministry to invest over `100 cr in Nagaland

Further, in order to give a fillip to higher education in AYUSH in the region, the funding will also cover setting up a state-of-the-art Ayurvedic College at Longleng, at a cost of around Rs 70 crore, the ministry said.

Logistics cost, which is currently at 13-14% of GDP, can be brought down by leveraging the Unified Logistics Interface Platform (ULIP), by bringing all mode of transportation under a single window by connecting all logistics stakeholders spread across multiple ministries, enterprises and associations, Niti Aayog CEO Amitabh Kant said on Monday.

9. Kavach, the Indian technology that can prevent two trains from colliding

Things went as planned. The locomotive carrying Railway Minister Ashwini Vaishnaw and another with Railway Board Chairman VK Tripathi raced towards each other on the same track, but thanks to an automatic system applied brakes 200 meters apart, thus avoiding a collision. Kavach, this indigenously developed Automatic Train Protection System showcased on South Central Railway Friday, is earmarked for aggressive rollout on 2,000 km in 2022-23, according the Budget proposals.

10. India achieves yet another landmark in renewable energy sector in 2021

In 2021, India added a record 10 GW of solar capacity, the highest ever in a year. For the same year, solar contributed for 62 per cent of new power capacity additions, the largest share of power capacity ever.

A new report produced by Sustainable Energy for All (SEforALL) and Climate Policy Initiative analyses India’s power sector investments to assess progress against the country’s climate and energy goals.

Paris Alignment of Power Sector Finance Flows in India: Challenges, Opportunities and Innovative Solutions finds that India has made significant progress in achieving its Nationally Determined Contributions under the Paris Agreement and is expected to meet the targets set before 2030, including increasing the share of non-fossil fuel based installed capacity to 40 percent by 2030.

12. EU Invests Over €1 Billion in Energy Infrastructure in Support of the Green Deal

EU countries have agreed on a Commission proposal to invest € 1.037 billion (US$ 1.18 billion) in five cross-border infrastructure projects under the Connecting Europe Facility (CEF) for trans-European energy networks. CEF will provide financial support to 4 projects for construction and 1 study. The largest amount of funding will go to the EuroAsia interconnector project (€ 657 million or US$ 746 million) to support the first electricity interconnection between Cyprus and the European grid.

13. EV charging stations to be set up on National Highways

The Departments of Power and Transport are joining hands to establish electric vehicle charging stations every 50 km along national highways and the MC Road.

The Transport Department has transferred ₹ 9 crore to the Power Department for the first phase of the project, Transport Minister Antony Raju and Electricity Minister K. Krishnankutty said, addressing the 65th foundation day celebrations of the Kerala State Electricity Board (KSEB).

Competition in India’s road building sector intensified as aggressive bidding by small and mid-sized companies turned larger players cautious even as the pace of construction slowed. That may change soon. The National Highways Authority of India eased the minimum net-worth requirement last year for bidders of roads to bridges projects.

The two bottlers — Moon Beverages (Coke) and Varun Beverages (Pepsi) – were found to have violated groundwater usage norms laid down by CGWA.

The National Green Tribunal (NGT) has slapped a fine of $2 million and $1.3 million, respectively, on two Indian bottlers of US beverage majors Coca-Cola and Pepsi for causing environmental damages in India.

“Coca-Cola’s Indian bottler, Moon Beverages, has been fined US$ 2 million by the country’s highest green court for causing environmental damages at two of its bottling plants in India. PepsiCo’s bottler, Varun Beverages, has also been found guilty of damaging the environment and fined US$ 1.3 million by the National Green Tribunal,” said a press release by India Resource Centre (IRC), which is part of a global resistance movement against corporate globalisation. 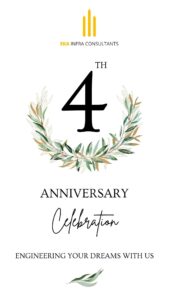